Peñíscola is the tourist town par excellence of the province of Castellón. Its old town is home to the Castle of Pope Luna, a national historic artistic monument. Benedict XIII lived here from the second decade of the 15th century, making it one of just 3 papal seats in the world.

The alleys that meander the historic centre, together with its walls, turn this town into a unique film-set. Its beaches, coves and other spots in the Natural Park of the Sierra de Irta have enticed directors, location spotters and producers from all around the world.

Peñíscola's role as a location chosen by film makers started in 1913 with the silent film Ana Kadova, directed by Fructuós Gelabert, one of the pioneers of Spanish cinema, in collaboration with New York producer Cox&Co.

But it was the international mega-production of the film El Cid that put the town on the world map, thanks to the celebrity of its stars: Charlton Heston and Sophia Loren.

There were several films by the Spanish director Berlanga: Calabuch and Paris-Timbuktu and many others, mainly Spanish, amounting to more than 22 titles.

Recently, it seems that series have filled the shoes of film, and Peñíscola has been chosen as the perfect backdrop on which to shoot the story of Pepe's Beach Bar (Chiringuito de Pepe) produced by Mediaset for Telecinco, and the internationally renowned Game of Thrones by HBO, which premiered on 25th April in Spain, with Peñíscola as one of sites of the premiere.

Meanwhile, Peñíscola's links to the silver screen are not limited to just being the set for various productions. Over 20 years, the city hosted the Peñíscola International Comedy Film Festival which, in its heyday, attracted even foreign audiences with stars of the stature of Charlton Heston and Bo Derek.

During the visit, we will cover several locations from these films and TV shows, through which you can learn interesting anecdotes about the shoots and how Peñíscola has sometimes been difficult to recognise on screen, whether due to the passage of time or because of the sets used to enhance the town’s natural beauty. 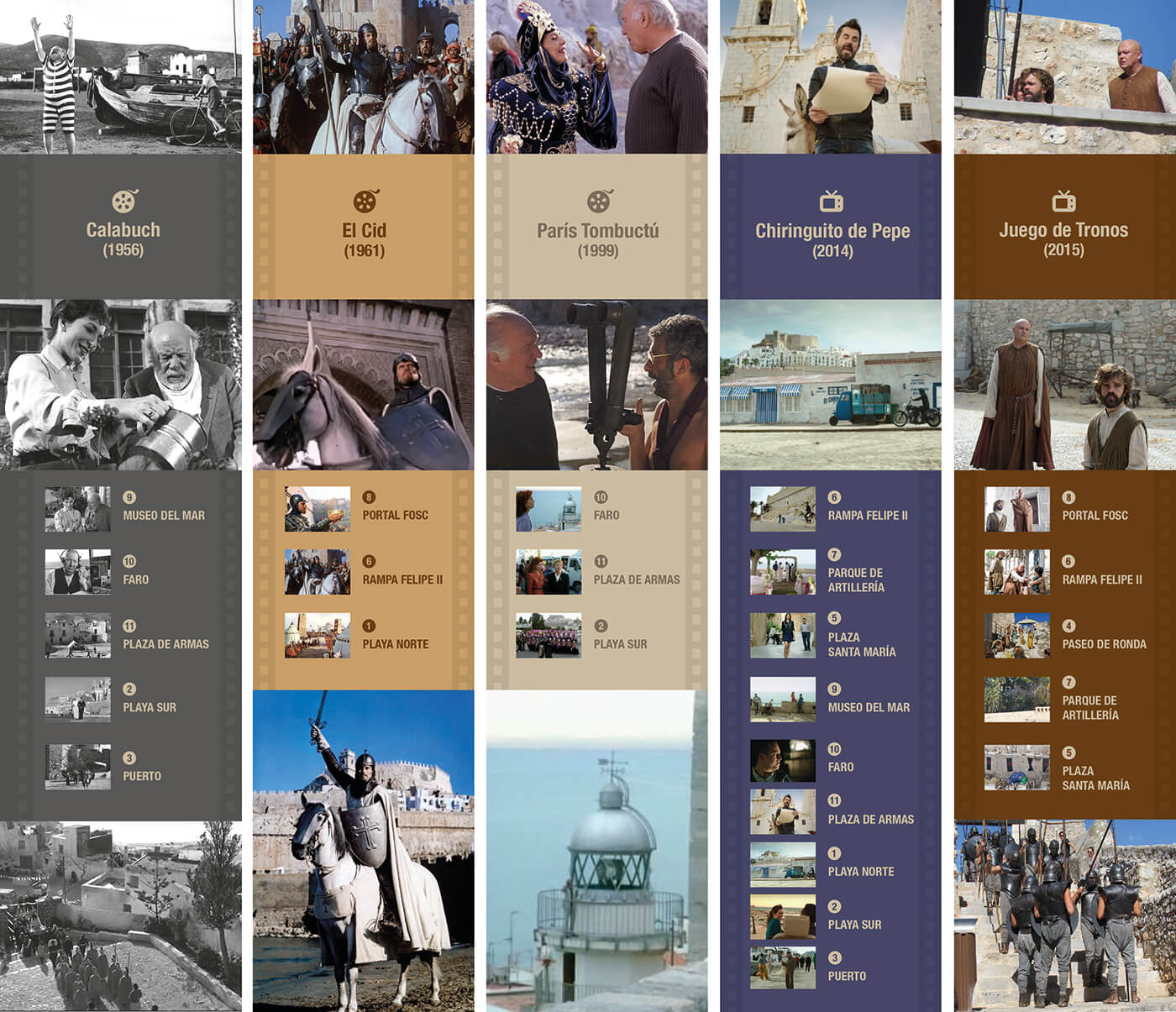 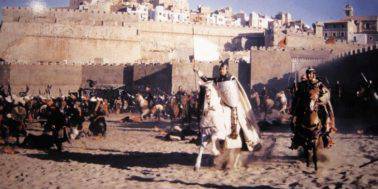