This beach is one of the most frequently used locations in Berlanga's film. The newly-weds go to the beach to be gifted the boat the 'Esperanza' as a present.

It regularly appears as a setting throughout the entire plot of Calabuch. The director, Luis García Berlanga, chose the beach for its tranquil waters and its location; it is ideal thanks to the light, allowing filming to be carried on throughout the entire day. Nowadays a large number of boats use this beach to anchor at. 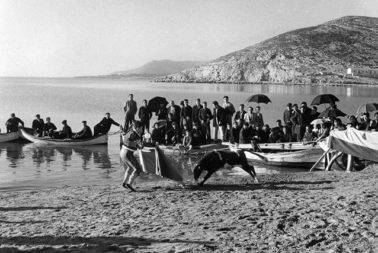 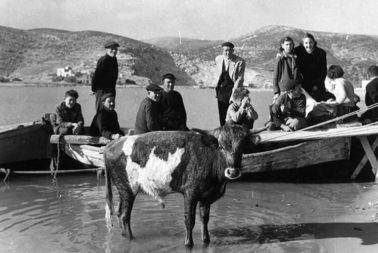 José Luis Ozores plays a bullfighter who goes from fiesta to fiesta and from town to town, arriving in his truck for the Calabuch Festival. This year, he has brought Bocanegra with him—son of Planetario, the bull from the year before—who to the amazement of his fans, is just as scrawny as its father, due to the large number of performances it participates in.
In this image from the film Calabuch, you can see the whole area of the Sant Pere Gate back in 1957. It is fascinating to note how the area has changed. To film this production, Luis García Berlanga didn't build any sets and shot all the scenes in the city, exactly as it was back in the 1950s.
The Gate of Sant Pere, which dates to the 15th century, is one of the access gates to the city built during the time when Benedict XIII lived in the papal castle. The gate is made of a recessed ashlar masonry arch, on the central keystone of which can be seen the coat of arms of Benedict XIII, carved by Filibert Bertalla. 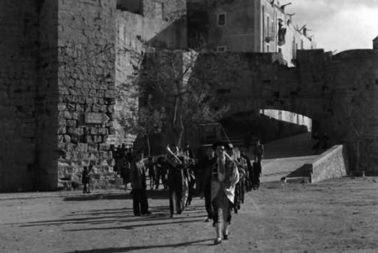 Museum of the Sea

Valentina Cortese as Eloisa, a single teacher living in Calabuch, is one of the most important characters in the film, making the school a relevant location too. The teacher tries to teach Professor Hamilton (played by Edmund Gwen) to read, having presumed he is illiterate, which she later realises not to be true. Later on, it is used as a muster point during the potential attack by the US army.

The present day Museum of the Sea was used as the school of Calabuch, the name given in the film to the town of Peñíscola, and this wasn't purely by accident as, back then, it really was a girl's school. Known by the locals as the 'Casa de les costures' or sewing house, in 1996, it was turned into the Museum of the Sea, an attraction for the town that also helps to preserve and spread awareness of the cultural heritage and fishing traditions of Peñíscola. It is built in 3 sections: history-archaeology, fishing, and marine fauna. Inside are items related to the sea, model boats, fishing gear, and at the end of the museum, a small aquarium. 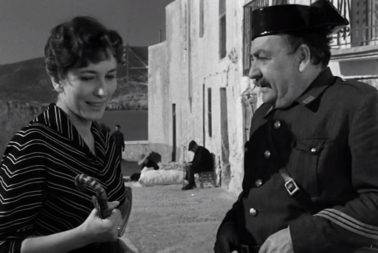 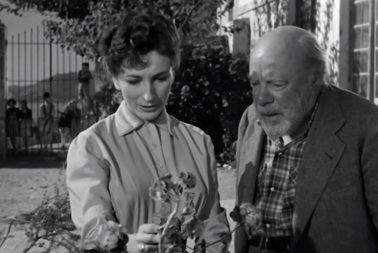 Pepe Isbert, the lighthouse keeper of Calabuch, with his ingenuity and roguish charm, beguiled spectators with his natural turn in this film by Luis García Berlanga.

The director masterfully reflected the irony of society through a game of chess fought between the village priest, a dishonest cheat yet likeable character, and the lighthouse keeper, a handsome but totally gullible man.

The Lighthouse is a typical maritime construction to warn sailors at night by means of a light. Its light has a reach of about 35 miles. The Lighthouse was a reference point in the village, hence the adjacent street is called 'Farons' or Lighthouses in Valencian dialect. The present-day building dates to 1892. 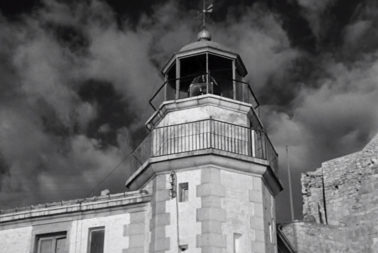 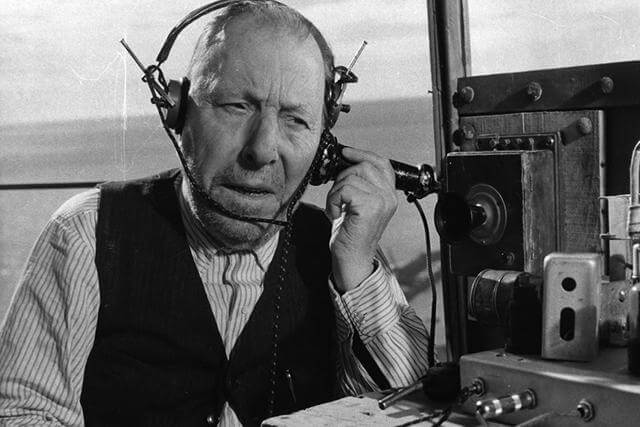 This is a key location in the 1956 film by Luis García Berlanga. In the square is the Church of Our Lady of the Ermitana, a popular centre of worship since mediaeval times. This is located next to the castle on a plot of land that housed a different religious building in the 11th century. The current shrine was constructed between 1708 and 1714 at the request of the then governor of the square, Don Sancho de Echevarría, in an incomparable ashlar masonry factory that produced perfectly hewn trimmings, coats of arms, and mouldings. The facade integrates the bell tower into the gables with elegant compositional simplicity that is rarely seen in the Valencian baroque.

Calabuch features several scenes both in the square and the church. In the square, scenes were filmed such as the setting up of the camp for defence against the 6th American fleet; it was also here that the local authorities see the spectacular Calabuch rocket, designed by the scientist. For the first time ever, the village of Calabuch beats Guardamar in the fireworks contest, held to celebrate the local patron saint, thus winning the 5,000 peseta first prize. The result is so spectacular that a photo of its creators is published in the local newspaper, thus revealing the whereabouts of Professor Hamilton, who is then recalled to his country.

The interior and exterior of the church is one of the main settings. Here, a wedding is held that almost all of Calabuch's inhabitants attend.

It is also the starting point for a procession celebrating the Virgin Mary as part of the local festivities. 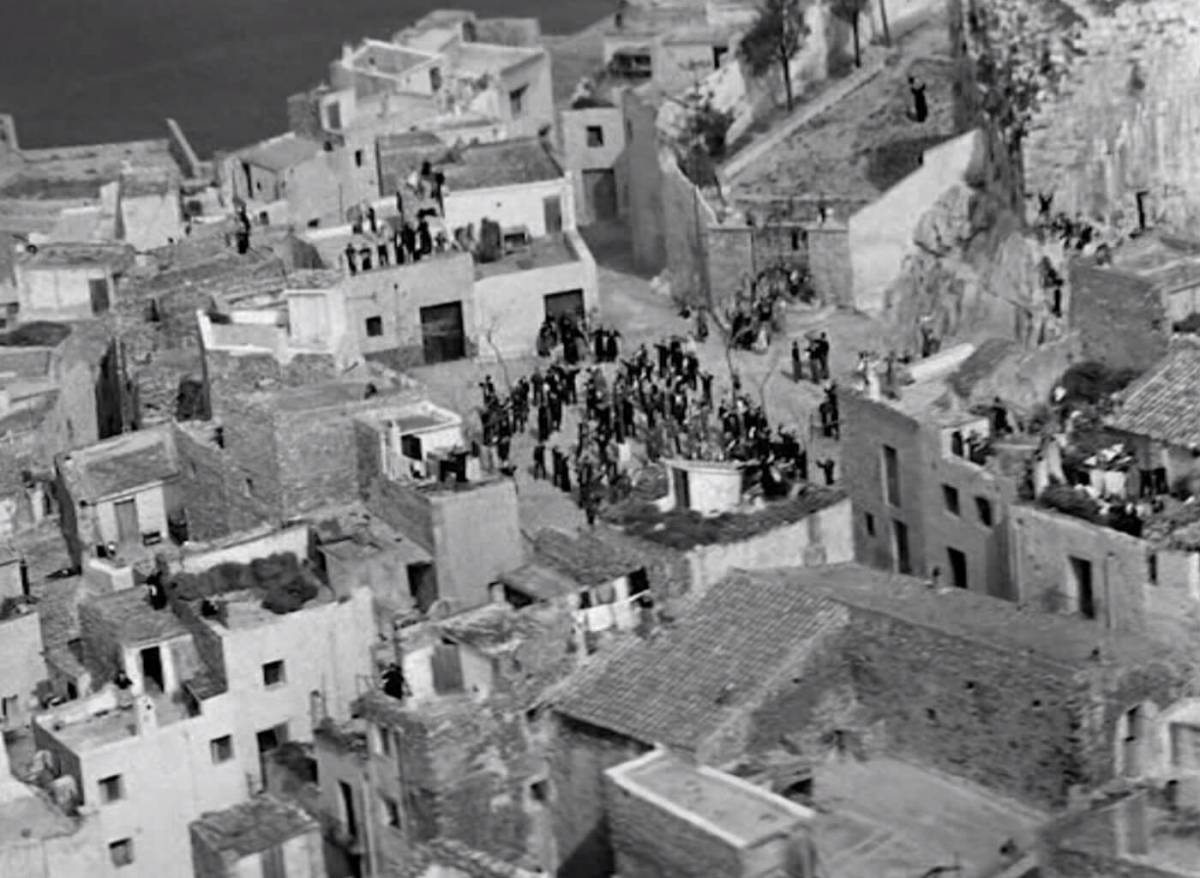 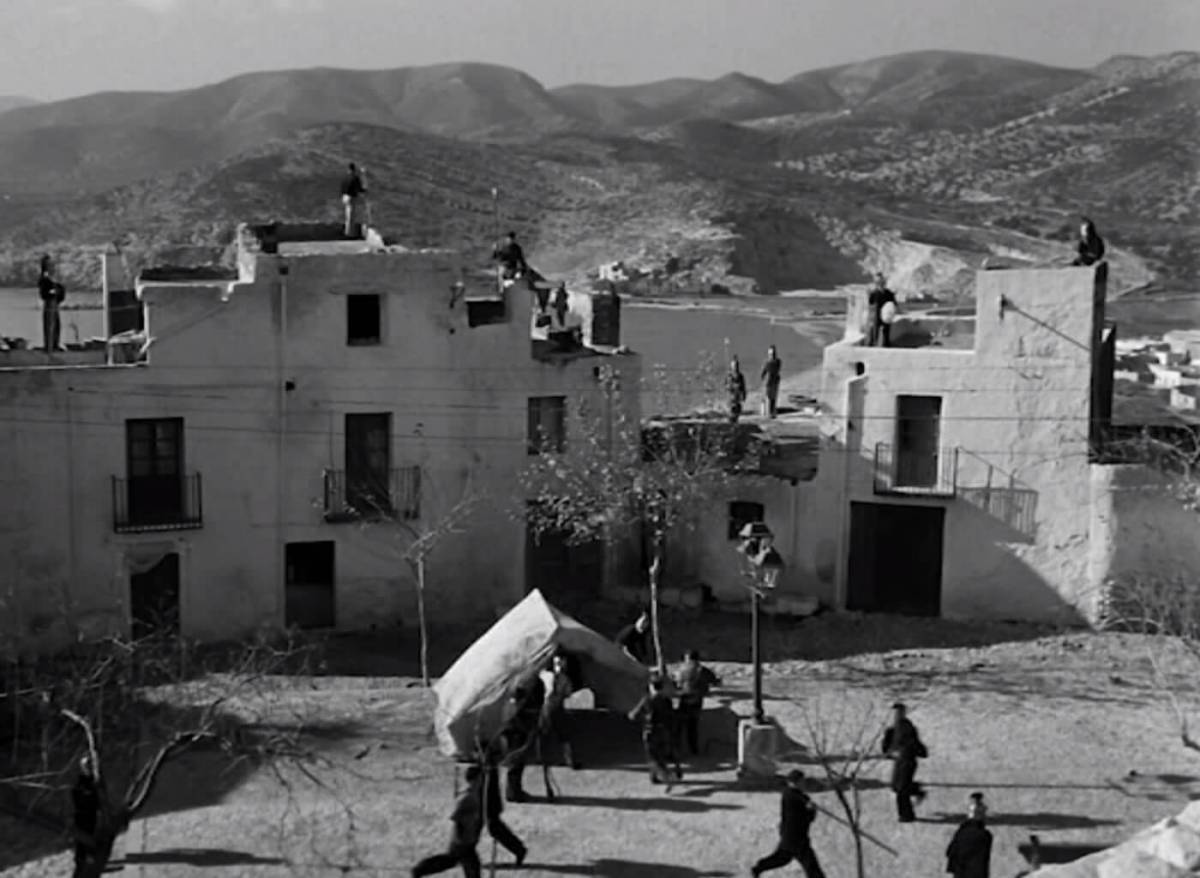